Meaningful Songs for the Journey 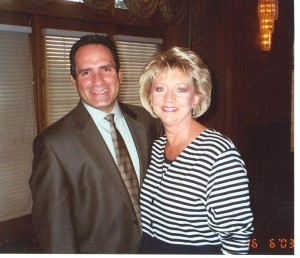 Like most young people, I subconsciously wrote a script of how my life should unfold.  Reality was different.  My sister and I share a theme in life, which is, everyone has a story.  One can use crisis as a source of growth or resentment. The script I wrote for my life had no place for crisis, nor was I really prepared for the shock and disappointment I faced at age 37.

Through a blind date, whirlwind dating engagement, and 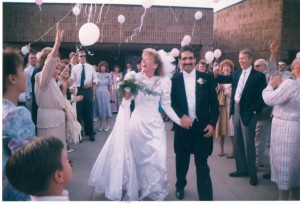 storybook wedding I married the man of my dreams at age 30.  I knew that it would be difficult to get pregnant due to past medical conditions; therefore, we began trying to have a family immediately to no avail. We decided to see an infertility specialist, which lead us through years of making valiant efforts for a pregnancy, including invitro.  After numerous failed medically assisted attempts to conceive, adoption became our next option; within eight months, in September 1993, our daughter McKenzie was born.  Despite the major disappointment of unsuccessful infertility treatment our lives were blessed as we experienced the great joy of our daughter. 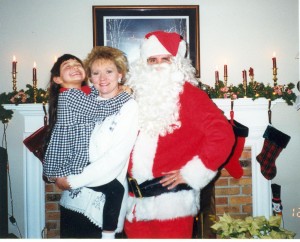 ing being a full time mom to an active three year old when I noticed a large swelling on my lower right abdomen.  Test results revealed a  ovarian cyst that needed to be immediately removed.  Since I had a history of endometriosis, the doctor suggested a full hysterectomy.  A few days later we heard the dreaded words, ‘cancer’, clear cell carcinoma.  I began fighting for my life.  Shock, sadness, fear, sorrow, and grief all describes emotions that swept over me.  After additional surgery and several rounds of chemotherapy, fatigue set in followed by hair loss.  Every morning I awoke to find more of my beautiful blond hair resting on the pillow.  It was like watching your house burn and no way to put out the fire.  Family and friends poured out their love and support and the value of community became a reality.  How is it possible to feel such appreciation and fear at the same time?  I finished the chemo and finally my hair grew back; life seemed to return to ‘normal’.

Two years later, a routine cat scan indicated that the cancer metastasized to the liver and subsequently two thirds of the liver was removed.  Another round of chemo began and the wig was once again revived.  However, the fear of leaving a daughter without a mother was a thought too painful to entertain.  The feelings of fear and despair were present in every moment of every day.  Finally, the chemo was complete and life once again could return to ‘normal’. 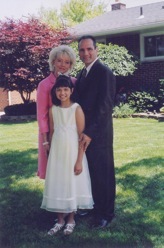 I’ve found, however, that life is anything but normal.  On January 10, 2001 a biopsy determined another area of Adencarcinoma, in fact, it was softball size.  My third diagnosis! The doctors at University of Michigan were supportive yet extremely cautious when I informed them that I would not be engaging in the chemo treatment.  I sought advice from an alternative medicine physician who treated the disease as a vitamin deficiency.  Within six months of alternative medicine, the area showed no blood supply to the cancer and within another four months the entire area was gone.

I have learned to count each day a blessing and to cherish my relationships.  Living with cancer and overcoming fear was a choice I needed to make if I wanted to continue to be a mom and a wife.  I now live in victory and share with others my story so they too may experience hope in the midst of their crisis.